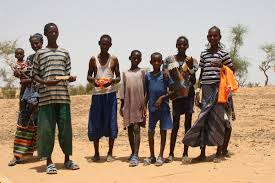 Mali health conditions are some of the worst in the world because of how impoverished the nation is. Mali residents are among those with the least access to medical services, sanitation and clean drinking water in the world. For that reason, diseases such as AIDS, malaria, measles, cholera, meningitis, hepatitis and tuberculosis are prevalent in Mali. Needless to say, there is no government provided healthcare to speak of, as there is approximately only one physician per 100,000 residents of Mali. Mali residents are, however, known for their superior knowledge of herbal remedies, and for being an African country that has HIV and AIDS reasonably well contained.

It has been proposed that increased medical aid to Mali may be the most beneficial thing that Canada can do for this small country. With access to so few medical facilities, as well as medical and mental health treatment centers, the average life expectancy in Mali is only 53 years old. There have been instances of Mali residents traveling to Canada for healthcare on the Canadian government’s dime, but obviously this is not a sustainable method for aiding the health problems of Mali. As Canada continues its aid to the citizens of Mali, there must be much careful thought put into future spending towards Mali to see that health matters are met as a high priority.